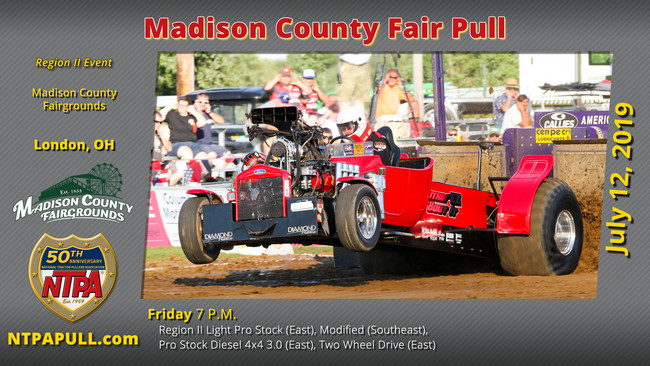 In NTPA Championship Pulling, vehicles drag a 20-ton weight transfer sled along a straight, dirt track as the sled's resistance increases. Within a class of similar vehicles, the puller who achieves the greatest distance is victorious. At events across the United States, elite competitors campaign their specialized machines---which resemble farm tractors, trucks, and dragsters---for chances at purse money and precious points toward end-of-season championships.

In 2019, the Association is proud to complete its first half century as the world's original and number-one sanctioning organization for premier-level truck and tractor pulling contests. Fierce, fair pulling competition and a family-friendly, patriotic atmosphere are hallmarks of NTPA Championship Pulling. If you haven't experienced the rumbles, roars, and rivalries of the heaviest sport on wheels, why not give it a try in London?