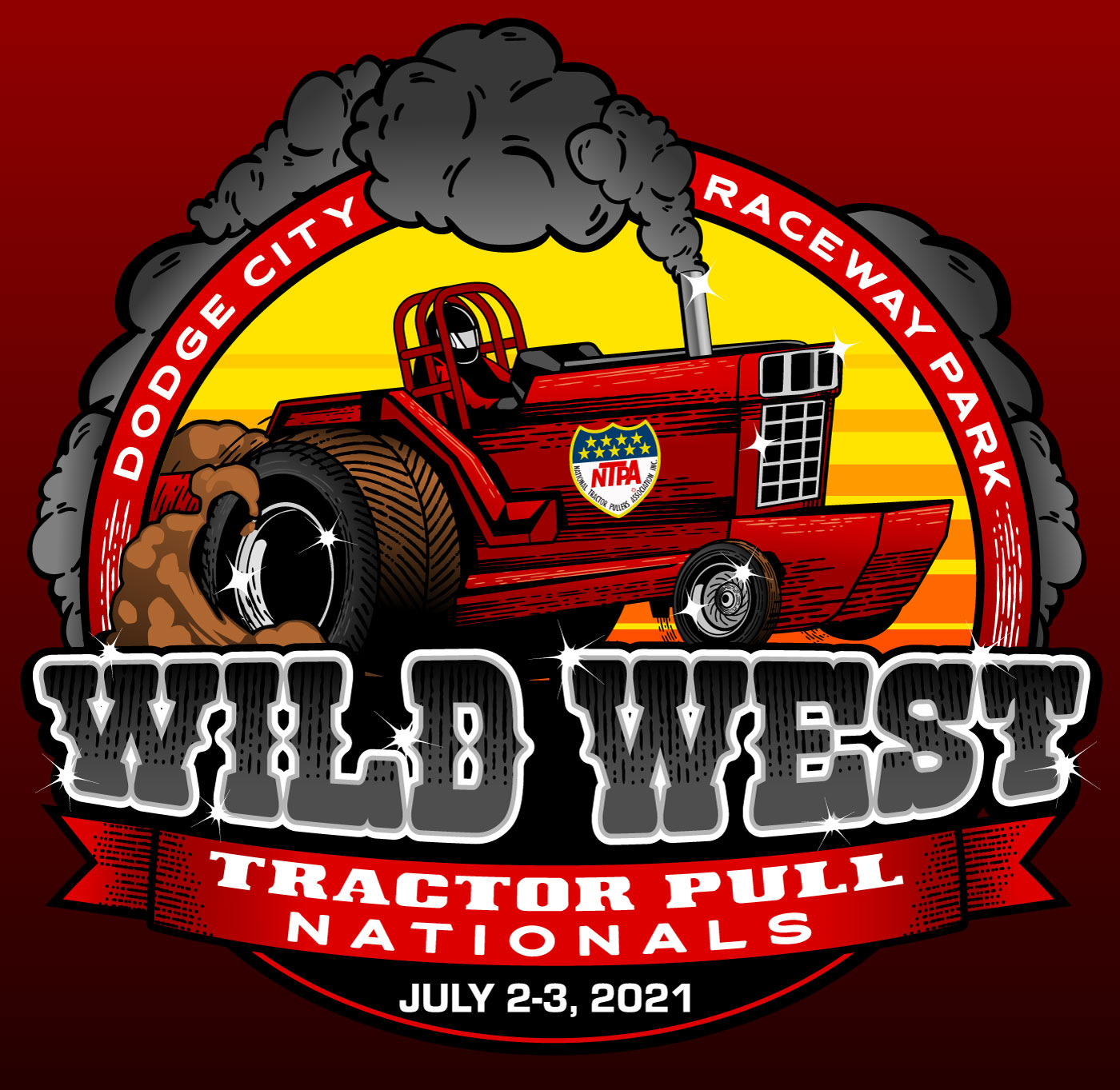 The Wild West Grand Nationals mark the Association's first contest in the storied southwest Kansas town in 32 years and its first in the Sunflower State since 1994. The renewed interest in truck and tractor pulling comes as the 3/8-mile dirt oval begins a new chapter in its history with the naming of Craig Dollansky, a retired World of Outlaws sprint car racer, as the track's manager and promoter.

"My team and I are very excited to be bringing the NTPA to DCRP for the first annual Wild West Tractor Pull Nationals," Dollansky said. "I am a fan of all motorsports and have seen the NTPA in action, and they put on a phenomenal show. They are fun to watch and experience."

In NTPA Championship Pulling, vehicles drag a 20-ton weight transfer sled along a straight, dirt track as the sled's resistance increases. Within a class of similar vehicles, the puller who achieves the greatest distance is victorious. At events across the United States, elite competitors campaign their specialized machines---which resemble farm tractors, trucks, and dragsters---for chances at purse money and precious points toward end-of-season championships. Registered vehicles in most NTPA divisions also earn points toward invitational appearances at the 34th Enderle Pull-Off, the NTPA's all-star event on Saturday, September 18, 2021 in Urbana, Ohio.

The 2021 season will be the NTPA's 52nd as the world's original and number-one sanctioning organization for premier-level truck and tractor pulling events. Fierce, fair pulling competition and a family-friendly, patriotic atmosphere are hallmarks of NTPA Championship Pulling events. If you haven't experienced the rumbles, roars, and rivalries of the heaviest sport on wheels, why not give it a try in Dodge City?

Scheduled to appear on both nights of the new Wild West Grand Nationals are Light Super Stock and Super Stock Diesel Tractors, Four-Wheel-Drive Trucks, and multi-engine Modifieds. All of these divisions will compete for championship points on the NTPA's Grand National Circuit presented by Case IH Agriculture.

"My goal is to build NTPA Wild West Tractor Pull Nationals competition into a mainstay event that fans, competitors, and the series mark on their calendar and are excited to come back year after year. This event will be a great addition to our 2021 lineup at DCRP," Dollansky said.

The track plans for a memorable Fourth of July weekend for both fans and competitors. A "pre-pull party" on the evening of Thursday, July 1 will include live entertainment and a fireworks display. "By the end of the weekend, our NTPA competitors will be handed some beautiful Wild West Tractor Pull Nationals hardware," Dollansky added.

Gregg Randall, NTPA's Executive Director, welcomed the opportunity to re-extend the reach of Association-sanctioned pulling. "Our motorsport has always had great spectators and participants from across the Great Plains and the Southwest. We are eager to bring Championship Pulling closer to these folks than it has been in many years.

"At the same time," Randall continued, "we think our devoted fans might enjoy a midsummer trip westward, both for a quality destination event and a chance to see more of our great country along the way."

Tickets for the Wild West NTPA Grand Nationals will go on sale in February, and camping reservations will be available in March. Check the DCRP website, DodgeCityRaceway.com, for both.

Dodge City is famous to generations of television viewers as the setting of the long-running series "Gunsmoke." But the real-life town, constructed just west of the U.S. Army's Fort Dodge along the Santa Fe Trail and the Arkansas River, was an integral part of the settling of the nation's frontier in the late 1800s. The modern-day city of 27,000 residents boasts the Boot Hill Museum among several western-themed attractions.