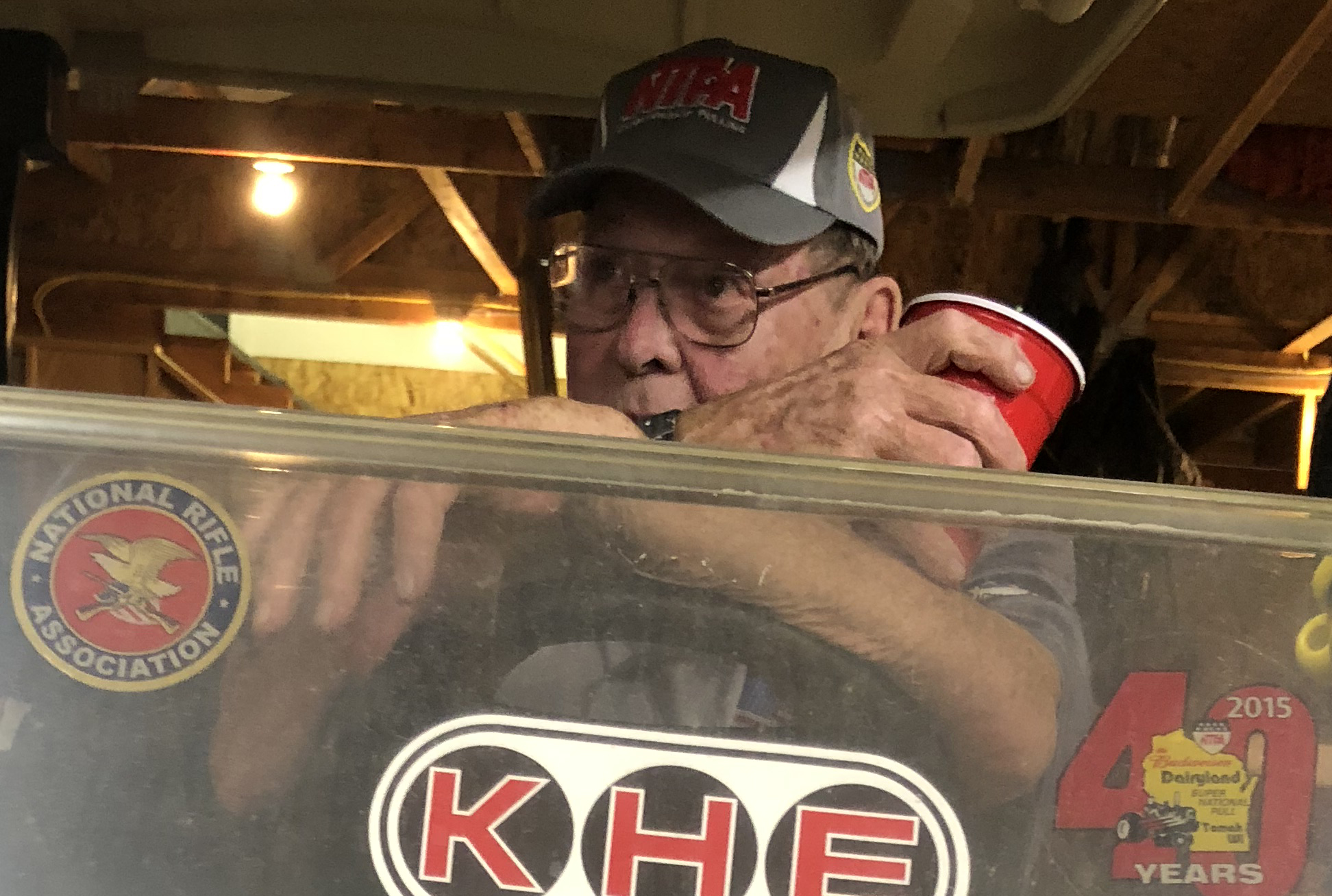 It is with a heavy heart that we must report the death on Friday, May 10 of Kenny Mack, 78, of Sun Prairie, Wisconsin. His passing followed a period of declining health that included a months-long battle with inoperable Stage IV pancreatic cancer.

In early February, Mr. Mack was relocated from the Madison hospital at which he had been receiving treatments to his home for hospice care. Shortly afterward, he penned the following note to the pulling community:

"My days in the announce booth have come to an end sooner than I would have liked. I have received so many awards and honors over the past four-plus decades, but none of it was achieved by myself. I need to thank the good Lord, my family, promoters, sponsors, entry clerks, co-announcers, PA providers, beloved fans, and everyone from the pulling family who has been there making memories with me all these years."

It's a surprise to no one that memories would be top-of-mind to Mr. Mack. His own spectacularly detailed recollection of happenings, both momentous and minute, from the hundreds of events he observed have long educated and entertained audiences across the NTPA's territory.

His earliest involvement was as a dealership representative in the 1960s, when he was tasked with maintaining the dealer's fleet of entries in dead-weight pulling competitions. After a 1970 accident ended his career as a track official, a chance request by the announcer at his hometown's racetrack to join him in the tower for the facility's first pull resulted in a successful debut. Soon, his measured delivery, impeccable knowledge, and wry wit were in demand as the pulling's popularity spread across the Midwest.

Mr. Mack was a founding member of the Wisconsin Tractor Pullers Association, which like its national counterpart was born to formulate the uniform rules that would be critical to the growth, integrity, and safety of the motorsport. He represented his native state on the NTPA's Executive Board for several years in the late 1980s and early '90s, when he served as its secretary and was known for his stating his opinions directly and articulately.

But most fans will know that voice from its presence over the loudspeakers at the Budweiser Dairyland Super Nationals in Tomah every year from the event's inception in 1976 through his pre-session interviews last season. In 2015, to recognize his impact on Wisconsin's flagship pulling event, Tomah's refurbished announcer's tower was renamed in his honor.

"With Kenny's passing, we have lost one of the true legends of NTPA pulling," began David P. Schreier, CEO of World Pulling International and a personal friend of Mr. Mack for nearly 50 years. "We served together on the Wisconsin Board of Directors and both had the privilege of representing our home state within the national Association.

"I have never met a man more knowledgeable about the history of our sport," Schreier continued, "or a man who represented it better, whether in a boardroom or in an announcer's tower. He held our sport and our organization to the same high standards of professionalism and fairness that he set for himself. I will miss his friendship."

Mr. Mack was inducted into the NTPA's Pulling Hall of Fame at its 2010 Awards Banquet for his decades of dedication to truck and tractor pulling at the state, regional, and national levels. His Hall-of-Fame profile appeared in The Puller Magazine in January 2011; we have provided it here.

Parting thoughts from the conclusion of his letter expressed his fervent hope that "WPI/NTPA will continue to sanction safe, competitive events so that fans everywhere can Hear the Power and Feel the Noise. Happy 50th Anniversary, NTPA."