The Doerunner Pulling Team has announced the creation of a new scholarship in memory of Roy Everett. 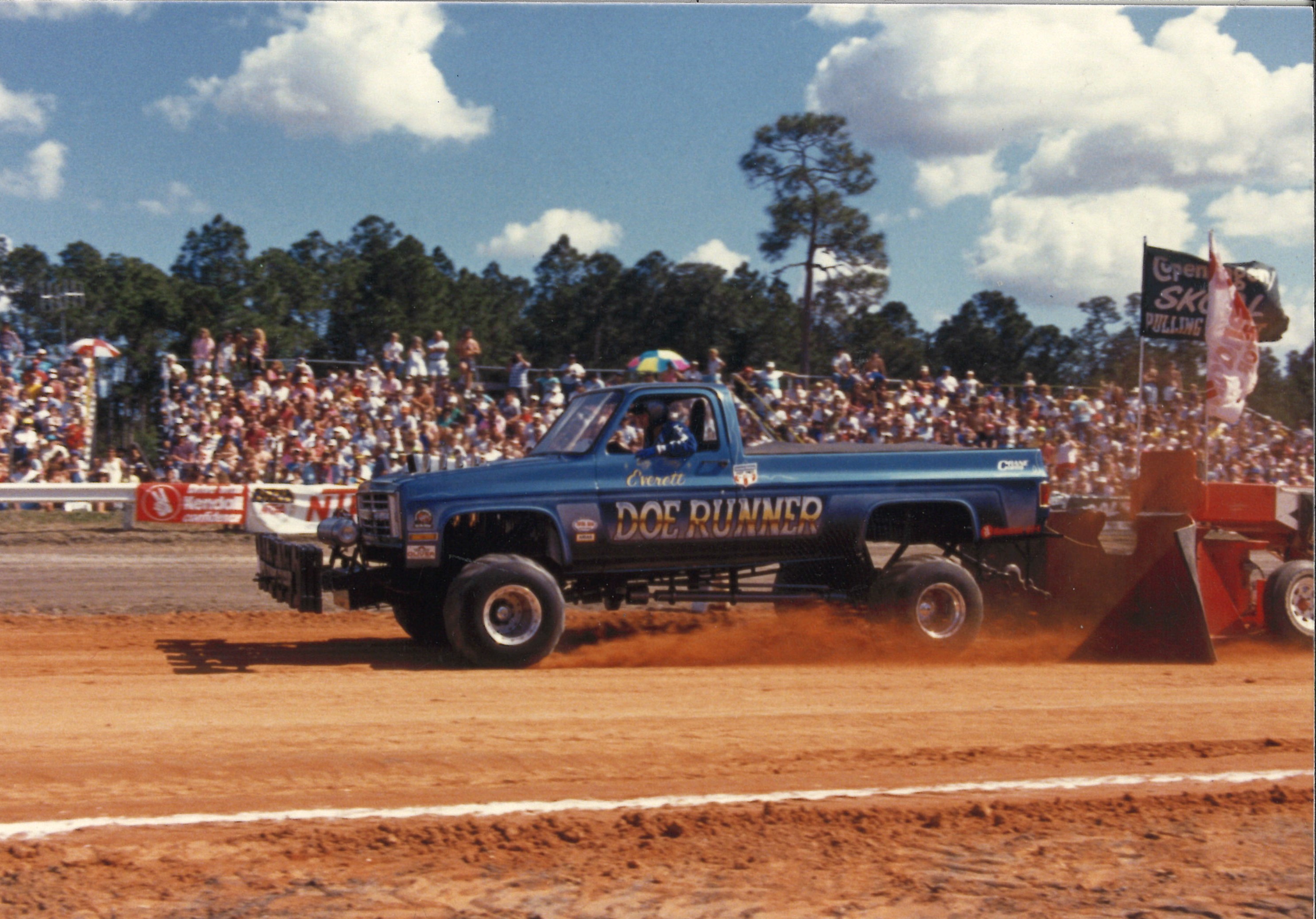 The Roy Everett Memorial Scholarship is in honor of a beloved competitor whose career included three Grand National championships, culminating in his induction into the NTPA and United Pullers of the Carolinas Halls of Fame. As it happens, the first awarding of the Roy Everett Memorial Scholarship in 2022 coincides with the 50th anniversary of his first pulling season.

Starting in 1972 with a Case 970, Mr. Everett migrated to truck pulling in 1977 with a worn-out fertilizer truck powered by a 350 Chevrolet. "I used to do some drag racing," said Everett, "but I saw right quick that I wanted to get into pickup pulling." Mr. Everett's first pulling circuit was the Georgia Tractor Pullers Association, where he served as a delegate to the NTPA Board.

Pulling fans and fellow competitors will forever identify Mr. Everett with the 1967 Chevrolet called "The Doerunner," named after his Georgia hometown of Doerun. The pair were Region IV champions in their first year together and earned four more titles (in Super Stock and Open FWD at 5,800 and 6,200 lbs.) in 1980 alone. He added three more over the next two seasons and, in 1983, won the first-ever FWD appearance at the Indy Super Pull. Then powered by an aluminum Rodeck racing engine, Mr. Everett's trusty Chevy claimed the 1983 and 1984 Grand National 5,800-lb. titles, as well as the 1983 GN 6,200-lb. title.

He and his wife Connie chose to pull more locally through the balance of the decade, during which time son Tony assumed some driving duties. Struck with a health concern as the 1990s dawned, Mr. Everett briefly sold "Doerunner," but after battling through the illness, repurchased his ride and resumed his pulling journey. With Tony at the wheel and the elder statesman serving as his crew chief, "Doerunner" won yet another Region IV title in 2008.

In recognition of Everett's many on-track successes and off-track contributions to the sport of pulling, the NTPA is honored to participate in the awarding of the 2022 Roy Everett Memorial Scholarship alongside the Doerunner Pulling Team of Connie, Paul and Tony Everett and their families.

For questions or additional details concerning this new scholarship, please contact the NTPA/WPI office at This email address is being protected from spambots. You need JavaScript enabled to view it. or 614-436-1761 ext. 102.